Apostolic Lutheran Church
of America
Get In Touch
Latest News 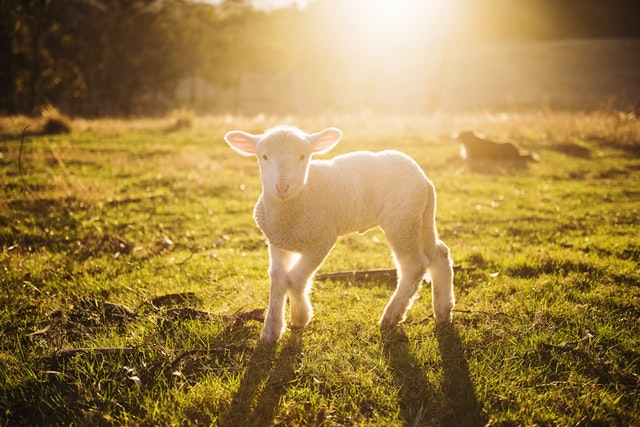 Verily, verily, I say unto you, He that entereth not by the door into the sheepfold, but climbeth up some other way, the same is a thief and a robber. But he that entereth in by the door is the shepherd of the sheep. To him the porter openeth; and the sheep hear his voice: and he calleth his own sheep by name, and leadeth them out. And when he putteth forth his own sheep, he goeth before them, and the sheep follow him: for they know his voice. And a stranger will they not follow, but will flee from him: for they know not the voice of strangers. This parable spake Jesus unto them: but they understood not what things they were which he spake unto them. Then said Jesus unto them again, Verily, verily, I say unto you, I am the door of the sheep. All that ever came before me are thieves and robbers: but the sheep did not hear them. I am the door: by me if any man enter in, he shall be saved, and shall go in and out, and find pasture. The thief cometh not, but for to steal, and to kill, and to destroy: I am come that they might have life, and that they might have it more abundantly. I am the good shepherd: the good shepherd giveth his life for the sheep. But he that is an hireling, and not the shepherd, whose own the sheep are not, seeth the wolf coming, and leaveth the sheep, and fleeth: and the wolf catcheth them, and scattereth the sheep. The hireling fleeth, because he is an hireling, and careth not for the sheep. I am the good shepherd, and know my sheep, and am known of mine. As the Father knoweth me, even so know I the Father: and I lay down my life for the sheep. John 10:1-15

Standing in the grocery store, I hear my grown son speaking to his daughter in the next aisle. How do I know it is my son? I recognize his voice. I know what he sounds like. I hear him use the pet name that he calls his daughter.

Each of us has a unique voice, the tone produced by air passing over the vocal chords and formed into sounds by the tongue and lips. Sometimes a specific word or phrase will help to identify the speaker.

Do you know the voice of the Good Shepherd? Do you recognize His tone, His words, His distinct phrases? Do you hear the voice of Jesus? The Good Shepherd calls you by name, though not necessarily with an audible voice from heaven. He calls you by His Word and Spirit, and by the mouths of His holy prophets, those of long ago and those who speak His Word today. When the Word is taught in truth and purity, He is speaking to YOU. When the Sacraments are administered according to His command, it is for YOU. When repentance and the forgiveness of sins are proclaimed in His name, it is for YOU.

Christ our Shepherd leads His sheep. He goes before us, giving us rest in the best pastures and refreshing our souls beside the still waters. We stay near our Protector and Defender. He leads and we follow because we know His voice; it brings us comfort. He speaks peace to our sin-burdened hearts.

We flee the stranger’s voice which does not promise peace with God through faith in the blood of Jesus. Any other remedy for sin is an empty promise with no lasting security. Those thieves and robbers want only to steal, kill and destroy. Our eternal death is their aim, and they will use any means to procure that end. Though the phrases may be flowery, we do not recognize them as the words of Jesus who is always saying, “It is finished. Your sins are forgiven. Go in peace. Sin no more. I give you life, abundant life.” The Good Shepherd gave His life for the sheep. He paid our sin debt with His own blood. He laid down His life according to the will of the Father. The Good Shepherd did not flee in the face of the wolf, the enemy of the sheep. He did not leave His sheep to be caught and scattered. He cares always for His sheep. Our Good Shepherd calls us by name, and we know His voice.

Hear His voice tenderly calling, encouraging and speaking peace to you today.